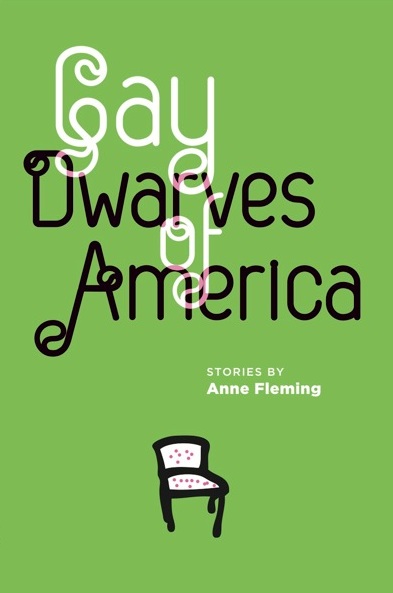 There are no gay dwarves in Gay Dwarves of America, but there’s a mother of a teen with dwarfism who worries he might be gay, and there’s a parasitologist named Edna who’d rather not hear the words ‘gay’ or ‘lesbian’ but longs for the love of a certain young woman, and a boy on a unicycle — there is always a boy on a unicycle — and a hockey mom in Toronto who pretends to be Swiss. Hut, hut, hut, she shouts in the stands, ringing her cowbell like she was at a ski hill. There’s a story that’s a musical (numbers include “You Can’t Leave a Man in a Coma” and “The Total Quality Management Waltz”) and a story that’s one family’s puke diary. With a nod to the circus and a wink at the kitchen sink, Gay Dwarves of America is like a mixed tape made by your pirate radio DJ friend who never quite grew up, and who shelters, behind that fun shiny nerdy schtick, the tenderest of tender hearts.

Three stories from Gay Dwarves of America won National Magazine Awards, the title story was up for The Journey Prize, and the book was shortlisted for the Ethel Wilson Fiction Prize.

“Short story writers should consult this book as a manual of the form.”

"In the masterful “Thorn-blossoms” (...) a hockey mom combats familial ennui while her journalist mother unravels from Alzheimer’s."

“Fleming displays a lithe versatility in this collection, and an admirable willingness to push the boundaries of form and style.”

“Deceptively beautiful. Surprisingly painful. Heartbreaking. Clever as hell. Funny and real…. Fleming’s stories are beautiful intaglios of loneliness, damaged people and the messiness that we create by being human and rubbing up against each other.”

Heather on The Unexpected Twists and Turns wrote:

"Fleming is an original talent that shouldn't be missed."

"There’s an appreciation for and generosity towards all sorts of different kind of  people (queer, straight, male, female, white, Asian, Black) in Anne Fleming’s stories.  They’re the kind of stories that make you want to weep at the same time as you feel lucky to be human.”