I had a CanLit score at Black Sheep Books on Saltspring week before last. Not only did I snag “the fourth book of poems by a brilliant young Canadian poet” 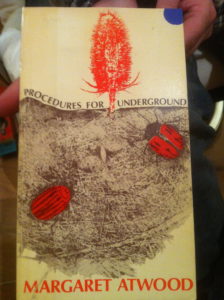 They were all sitting on the desk at the checkout and I was paying for them when Cindy came in and saw the Hetty Dorval on top. “You’re getting an Ethel Wilson?” she said.

“Yeah, isn’t it great?” said I, admiring the perfect 1967ness of the paperback. 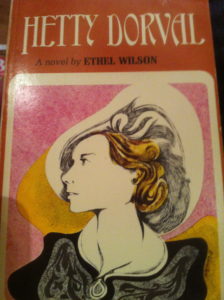 And how did I like Hetty Dorval? I liked Hetty Dorval a lot. It’s one of those nicely shaped, deceptively simple slender volumes whose impact far exceeds its volume. I loved its evocation of the landscape of Lytton, BC.

“Every town that stands at a confluence of rivers has something over and above other towns. This is true whether the town is little or big. Lytton was so small that relatively it was a village. But relative to the surrounding solitudes it was a town. Roads converged there. The railroad passed through it, trains stopped there, it was fed by this system, and it fed the surrounding solitudes for a long radius, especially northwards into the hills.

But what gives Lytton its especial character, lying there at the fringe of the sage-brush carpet in a fold of the hills at the edge of the dry belt and the coast area, is that just beside the town the clear turbulent Thompson River joins the vaster opaque Fraser. The Fraser River, which begins as a sparkling stream in the far northern mountains, describes a huge curve in northern British Columbia, and, increased in volume by innumerable rills and streams and by large and important tributary rivers, grows in size and reputation and changes its character and colour on its journey south.

At the point where the Thompson, flowing rapidly westwards from Kamloops, pours itself in the the Fraser, flowing widely and sullenly southwards from the Lillooet country, is the Bridge. The Bridge springs with a single strong gesture across the confluence of the rivers and feeds the roads and trails that lead into the northern hills which are covered with sage, and are dotted here and there with extravagantly noble pine trees. The way to my own home lay across the Bridge.” 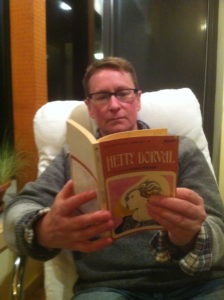